According to declarations, on June 30, 2020, two coal blocks at Pątnów power plant with a capacity of 200 MW each were shut down. Blocks 3 and 6 were put into operation in 1968/69 and worked a total of 631 thousand. hours. The capacity of Konin power plant also decreased by 93 MW as a result of putting down old coal installations. 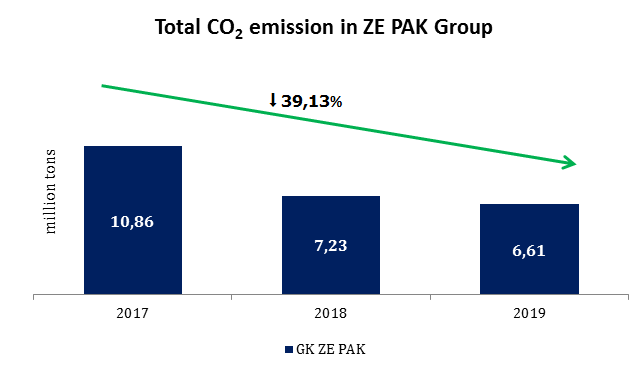 Discontinued, on June 30, 2020, from the operation of 493 MW of coal power accounted for 1.44 million tons of CO2 emissions in 2019, which means that the Group's emission in subsequent years should drop by this amount. The reduction of both the carbon footprint and emissions of other substances is consistent with the Company's declarations as a response to the initiative of the main shareholder of ZE PAK SA, Zygmunt Solorz, under the name "Clean Poland Program".